Cleveland is in the Top 15 for Worst Bed Bug Infestations: Part 2 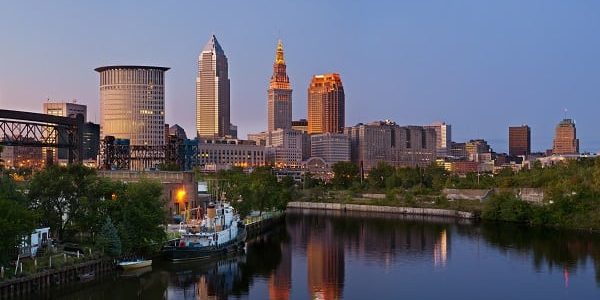 Last week, I left you wondering as to why one city would be more prone to bed bugs than another. Based on the article, Orkin Releases Top 50 Bed Bug Cities List, Cleveland, OH was in the Top 15 for worst bed bug infestations. If you need to catch up some of our theories as to why Cleveland would be in the top, read the following article here. But we asked ourselves two questions…

Why is Ohio such a hot spot for bed bug infestations?

And what would these cities in particular subject to bed bugs?

The theory that population density or poverty rate were significant factors in bed bug infestations was shot down with surprisingly no correlation from the #1 spot to the #34 spot.

We have been continuing to investigate as to why Cleveland was one of the worst infestations cities in the country. So here we go…

Bed bugs only care about two things, a place to hide and their host. With older homes, comes more cracks, holes, and older forms of insulation. So comes the theory that with cities with a higher amount of older homes would be higher on the Top Bed Bug Cities.

Here is what we found:

And again, NO CORRELATION. We would expect the amount of older homes to be decreasing as we went further down the list. Looks like bed bugs don’t care whether you have a new or older home…

We have had several other thoughts as to why bed bugs would be more prominent in one location over another. These theories are not able to be quantified, so we will have to ponder without graphs.

Bed bugs often move from one location over another by traveling with pieces of furniture. If picking up furniture off the side of the road, or “trash picking”, was a habit that one community was more known for over another, that would make a difference in the amount of bed bugs they would have.

After tenants leave, the unit typically has to be cleaned according to specific city standards and regulations, to prevent things, like bed bugs, from spreading. If a community does not follow these standards or their is a lack of follow-through with landlords and cleaning standards, this would also manifest the spread of bed bugs. Although it may be in one location, people travel to other places and can bring the bed bugs with them.

Are there any other theories that you have as to why these cities were prone to more bed bugs over another? Share them with us!

For now, the lessons to take away from this series of articles…