You are here:
Bed Bug Identification 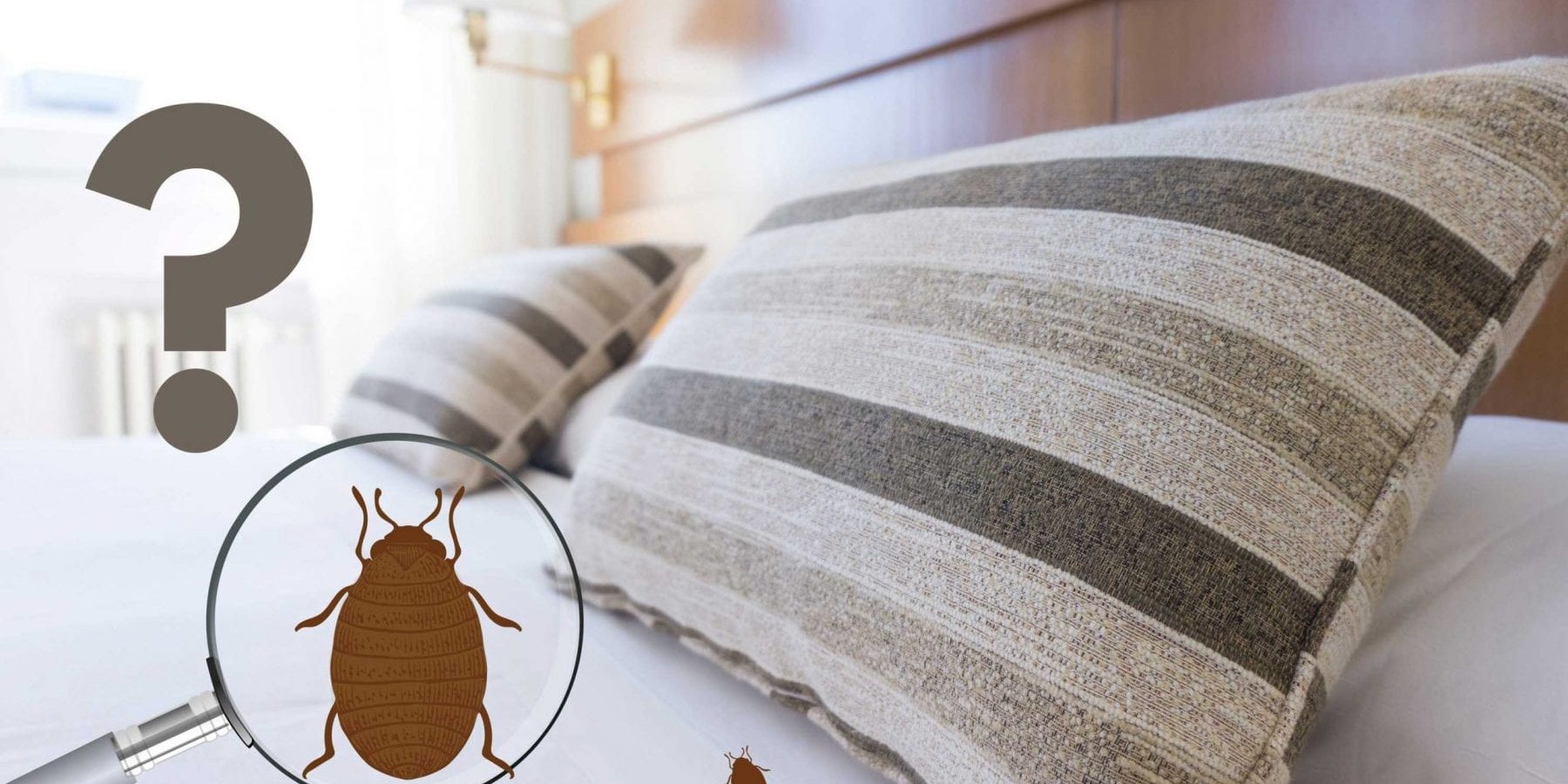 Bed bugs are not pretty creatures. Frankly, the tiny bloodsuckers are pretty gross-looking. However, they’re good about leaving some telltale signs around your home to let you know that they’re there. In addition to small, dark fecal stains and itchy bites in small groups or lines on your skin, you should also look out for the bugs themselves. They’re about the size of an apple seed, brown in color, and usually have subtle stripes on their back. However, these bugs are not exactly distinctive in appearance. There are some bed bug look-alikes running around. We’ll fill you in on what they are, what they look like, and what you need to do to get rid of them. 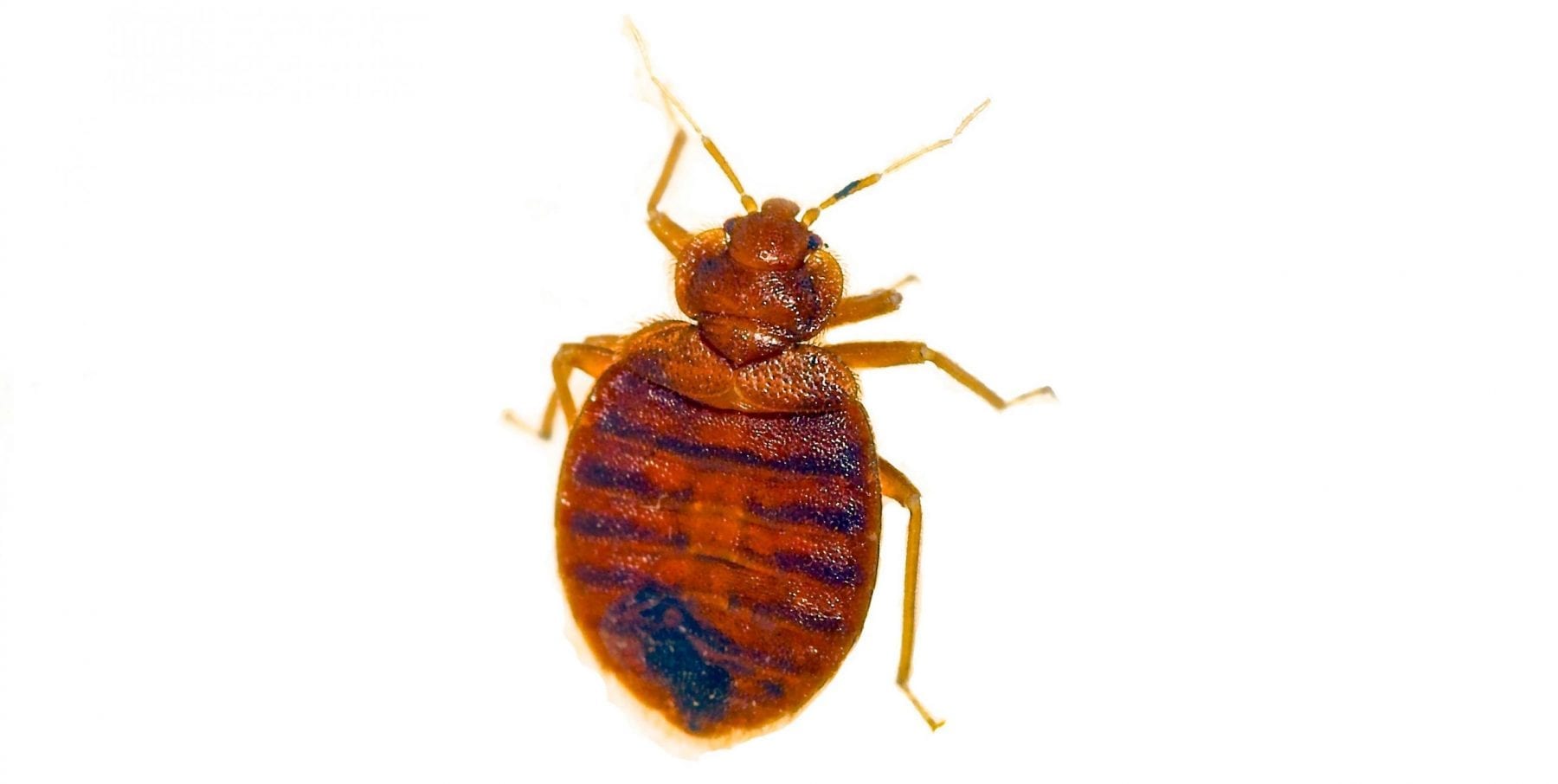 Besides their names being similar, bat bugs and bed bugs could be twins. They are also small, flat, round, brown, and have stripes on their back. The good news about bat bugs is that they probably won’t bother you. As their name indicates, their primary source of food is bats. They feed on the blood of bats, although if there are no bats available, they will turn to humans and pets for their food. They look similar enough to bed bugs that you would probably need to have an expert come in and identify them. There are subtle differences, but the average person most likely will not be able to tell the difference.

Getting Rid of Bat Bugs

The best way to get rid of bat bugs is to first get rid of the bats, but you can’t leave it at that. You should also apply an insecticide to the areas affected by bat bugs so that they don’t turn to you and your pets for food instead.

Cockroaches, when fully grown, have distinctive features that make them easy to identify. However, as nymphs, they actually look a bit like bed bugs. They’re more cylindrical than bed bugs are, but they have similar stripes on their back and similar reddish-brown coloring. Their antennas are longer than those of bed bugs, but similar to bed bugs, they are most active at night.

How to Get Rid of Cockroach Nymphs

Unfortunately, if you have cockroach nymphs, you probably have an entire family of cockroaches living in your house. Since cockroaches multiply quickly and can hang out in large numbers in your home, it’s best to call a professional to deal with roaches. 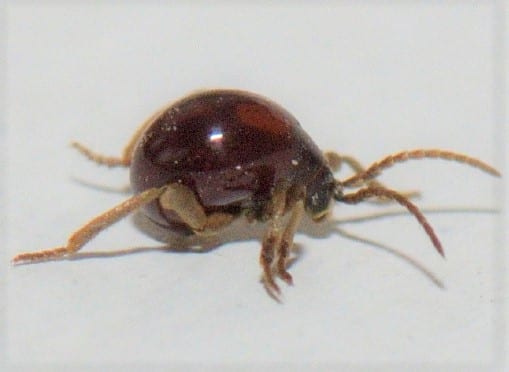 Spider beetles are another bug that probably won’t bother you too much. Instead of feasting on blood like bat bugs or bed bugs do, they tend to go for your snacks. They come out at night to eat things left in pantries or left out on counters- so make sure to close your chip bags tightly! They are reddish-brown and tend to be shaped similarly to bed bugs, but they’re smaller and have longer legs.

How to Get Rid of Spider Beetles

Spider beetles can be eliminated in a similar manner to flies. You’ll need to get a sticky trap like flypaper and place it near the snacks the beetles have been getting into. Throw away any food that the beetles have gotten into, and make sure your food is sealed firmly in the future. 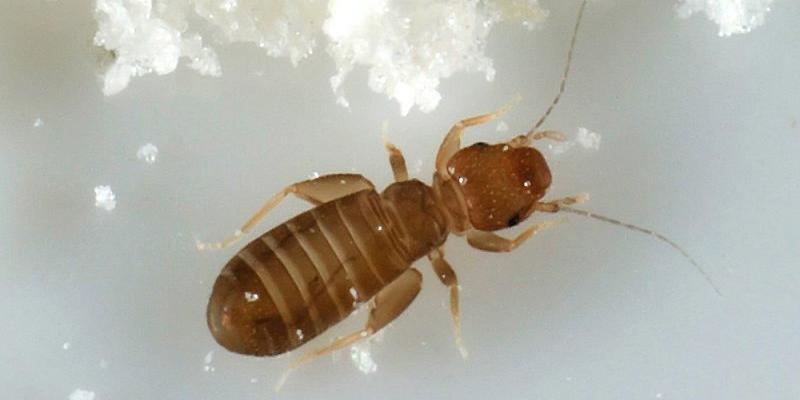 The main reason that booklice get confused with bed bug nymphs is their stripes. They are lighter in color than bed bugs are, and they have more pronounced heads. They feed on mold and fungi rather than blood. Contrary to what their name suggests, they don’t often hide in books. They hide in window sills and underneath wallpaper instead.

Getting Rid of Book Lice

Since booklice feed on mold, mildew, and fungus, the best thing you can do in order to get rid of them is to remove those things from your home. Running a dehumidifier will likely help, as well as cleaning up any mold or mildew spots with a strong disinfectant, preferably one that includes bleach. If there’s any standing water in your home, such as floodwater, you’ll need to get that cleaned up and dried out as soon as possible.

Got a Bed Bug Problem?

COVID-19 has changed the way we live our lives recently, and it’s all happened fast. We want you to take comfort in the knowledge that Bed Bug Barbeque is still here for you and your family. If you think you have bed bugs or are interested in a home heat sanitation treatment, contact Bed Bug Barbeque, LLC in Lakewood, Ohio! We use heat treatment to eradicate bed bugs and we offer entire home sanitation heat treatments. This safe, effective treatment is completed in less than 12 hours, and Bed Bug Barbeque, LLC offers a 60-day warranty for you to verify for yourself that your bed bugs are fully eradicated. Contact Bed Bug Barbeque, LLC today for a FREE quote at (216) 221-1227 or through our website, and check out our other bed bug informational resources on identification, prevention, and eradication.

How to Find Bed Bugs on Mattresses
November 9, 2022